Who are the people most likely to want acupuncture?

We can’t possibly play down the value of conventional medicine in today’s society, but that doesn’t mean there isn’t also a place for alternative and homeopathic treatments. More and more people are willing to look beyond GP surgeries and hospitals, and experiment with other techniques that could benefit their health and wellbeing. And perhaps one of the most well-known forms of alternative medicine today is acupuncture, where needles are inserted into specific parts of the body. In fact, the British Acupuncture Council estimates that roughly 2.3 million treatments are carried out in the UK every year.

The interest in this practice means it can be a very fulfilling field in which to work. If you’re thinking of setting up an acupuncture business yourself, in addition to important tasks like finding premises and securing dedicated acupuncture insurance to safeguard against accidents, you will need to work out who your target customer base is. To help, here are a few examples of people typically looking for this treatment. 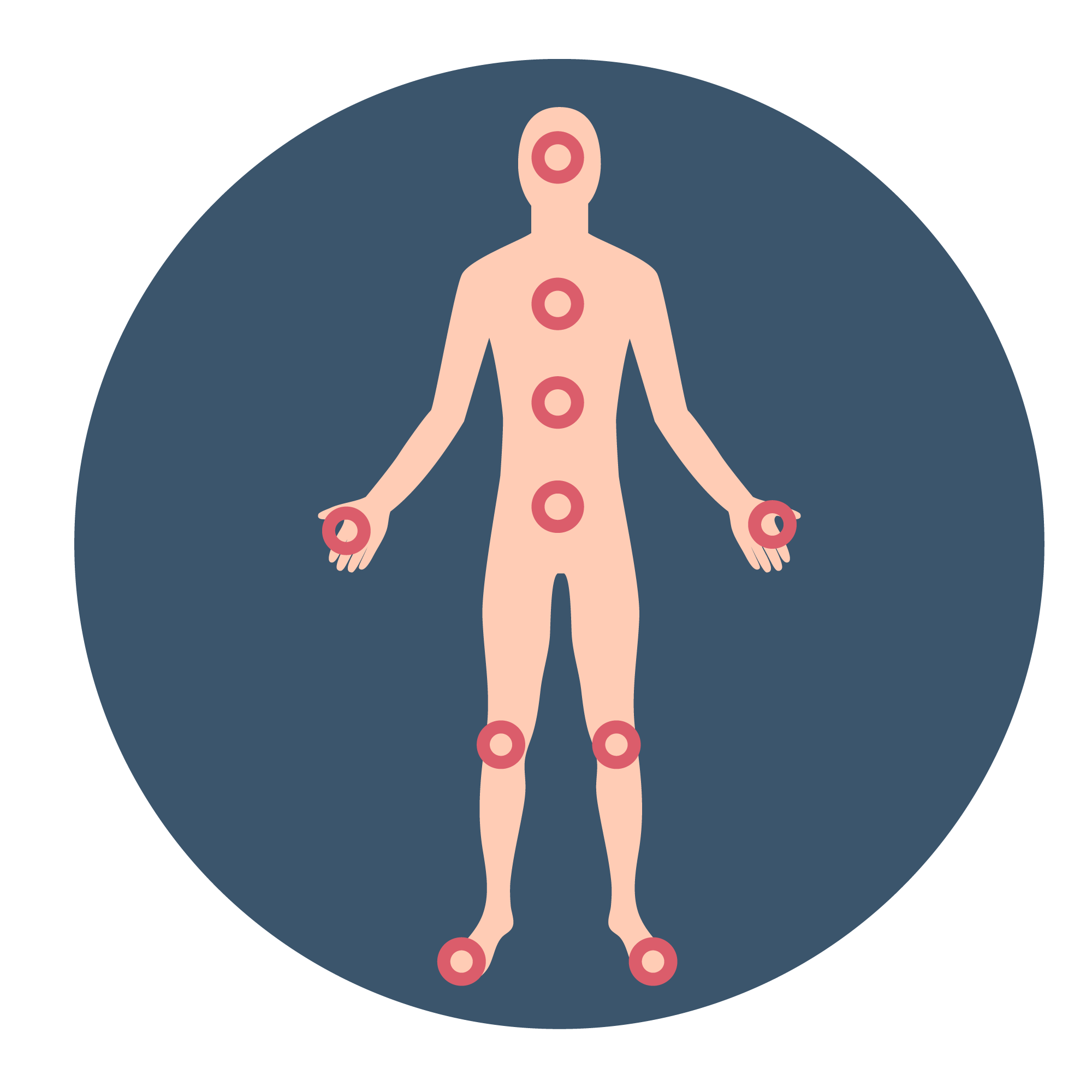 Almost 35% of respondents to a recent Public Health England paper reported suffering from some kind of chronic pain which had not improved since 2011. Life can be very hard for those who haven’t found treatment that effectively manages their symptoms, and many may consider trying acupuncture. As well as being considered one of the best alternative therapies for back pain, there is also evidence that the practice can help relieve other ailments.

In August 2020, the National Institute for Health and Care Excellence (NICE) compiled a report reviewing the evidence of acupuncture for chronic pain, concluding: “The committee considered that the evidence base was large enough to justify a recommendation, and therefore agreed to recommend the use of acupuncture in clinical practice for people with chronic primary pain.”

Most of the evidence they reviewed was based on women with chronic neck pain or fibromyalgia — a long-term condition that causes pain all over the body. However, NICE believes the response to acupuncture would be similar for all chronic primary pain conditions. And as the connection between acupuncture and chronic pain is now widely known, many of your clients may be seeking relief from migraines, osteoarthritis, facial pain, and more.

Research suggests that acupuncture may help improve certain mental health conditions. For example, a 2013 study published by the National Center for Biotechnology Information found it ‘appears to be promising’ for treating anxiety and depression in women, though the scientists acknowledged much more evidence was required to prove this. A World Health Organization report also lists depression as one of the ‘diseases, symptoms or conditions for which acupuncture has been proved — through controlled trials — to be an effective treatment’.

More recently, a Medical University Hospital Heidelberg paper concluded that “acupuncture treatment has a positive effect on stress reduction as well as other health outcomes as compared to no treatment.” Findings like these aren’t conclusive, but many people with mental health issues may be interested in trying acupuncture to complement conventional treatments. 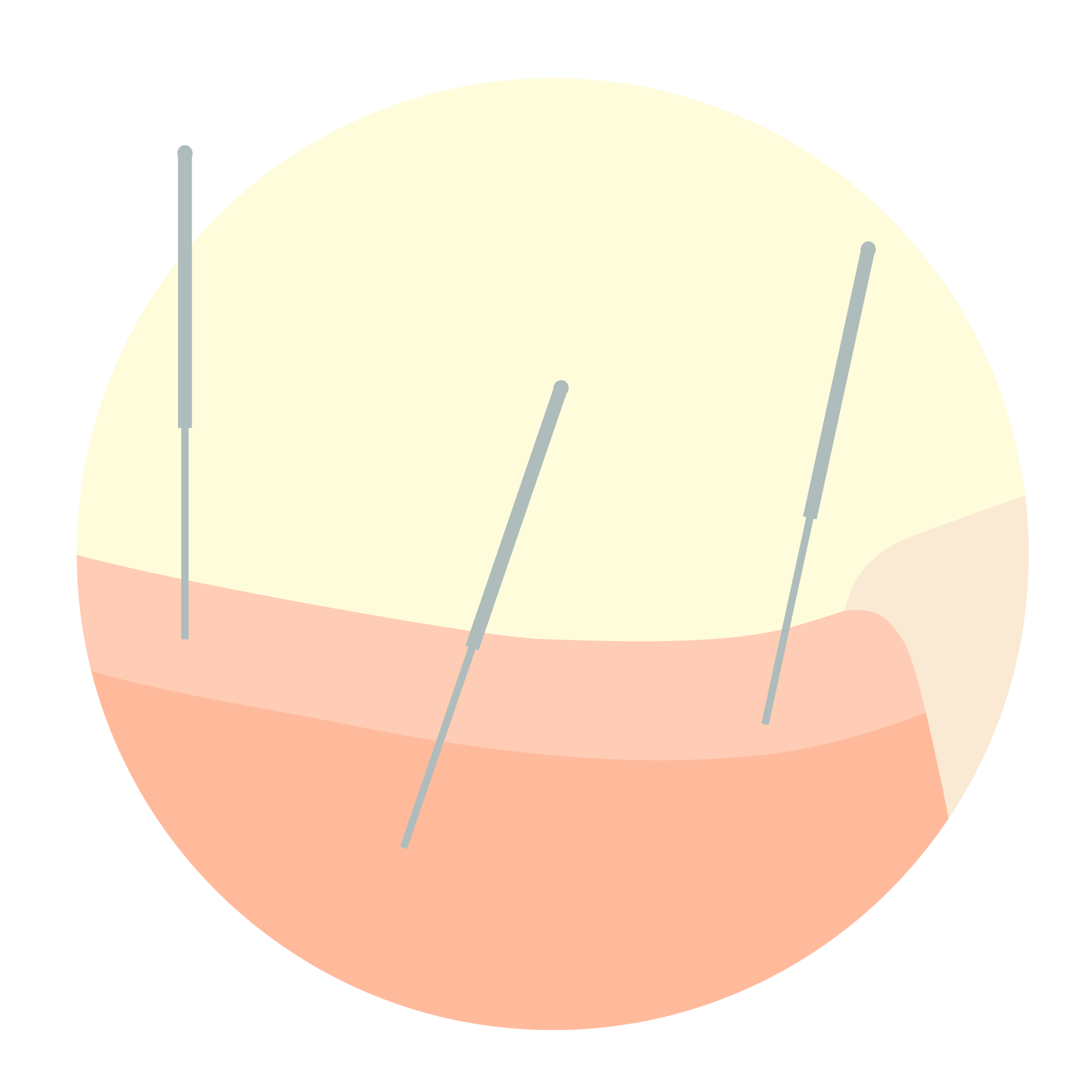 Postoperative pain is incredibly common, with NICE’s latest statistics show that almost 60% experience severe pain after surgery. If the relief they’ve been offered is doing little to improve their symptoms, acupuncture could be a viable alternative route.

More than 14 million Brits suffer from high blood pressure (hypertension). Over 4 million cases are thought to be untreated, which can lead to serious health issues like strokes and heart attacks. While lifestyle changes such as losing weight and exercising more can help, as can taking certain medications, acupuncture has the potential to make a real difference too. A study by the University of California-Irvine found that the treatment significantly reduced hypertension in 70% of participants — a reduction of 6-8 mm/Hg systolic and 4 mm/Hg diastolic on average. The researchers also noted that these improvements lasted six weeks. 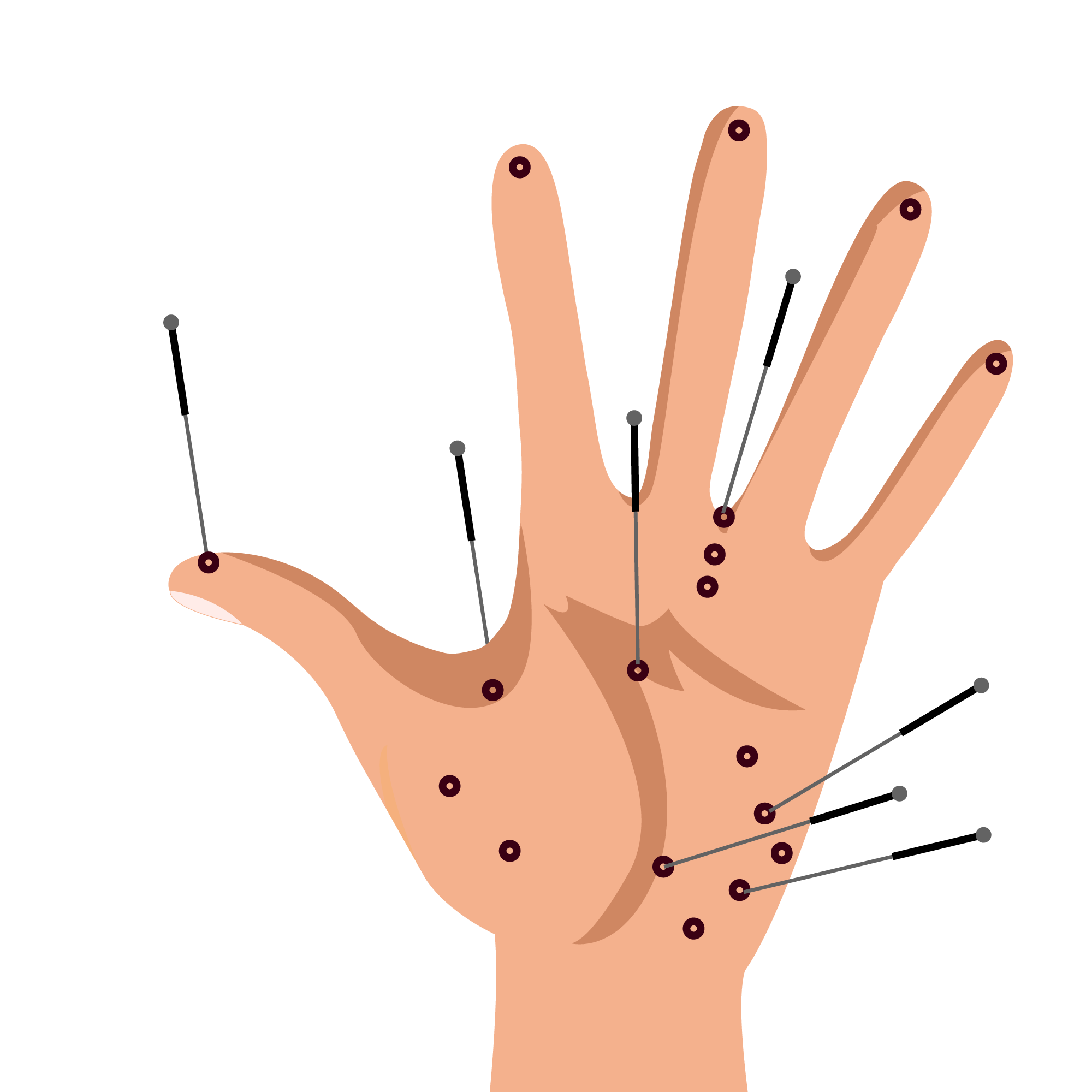 As explained by Sports Injury Bulletin, acupuncture can really appeal to sportspeople. “Unlike prescription medications, herbal supplements, and other methods of pain relief, acupuncture produces very little in the way of side effects,” the publication notes. “This is especially beneficial to athletes where any drug side effects can affect training and performance, and where doping regulations have become increasingly strict on what can legally be consumed.”

Acupuncture can be useful in both relieving immediate pain and relaxing muscles more gently compared to massage or muscle manipulation. It also possibly helps treat chronic conditions like tendinopathies (the breakdown of collagen in a tendon) and chronic ankle pain. 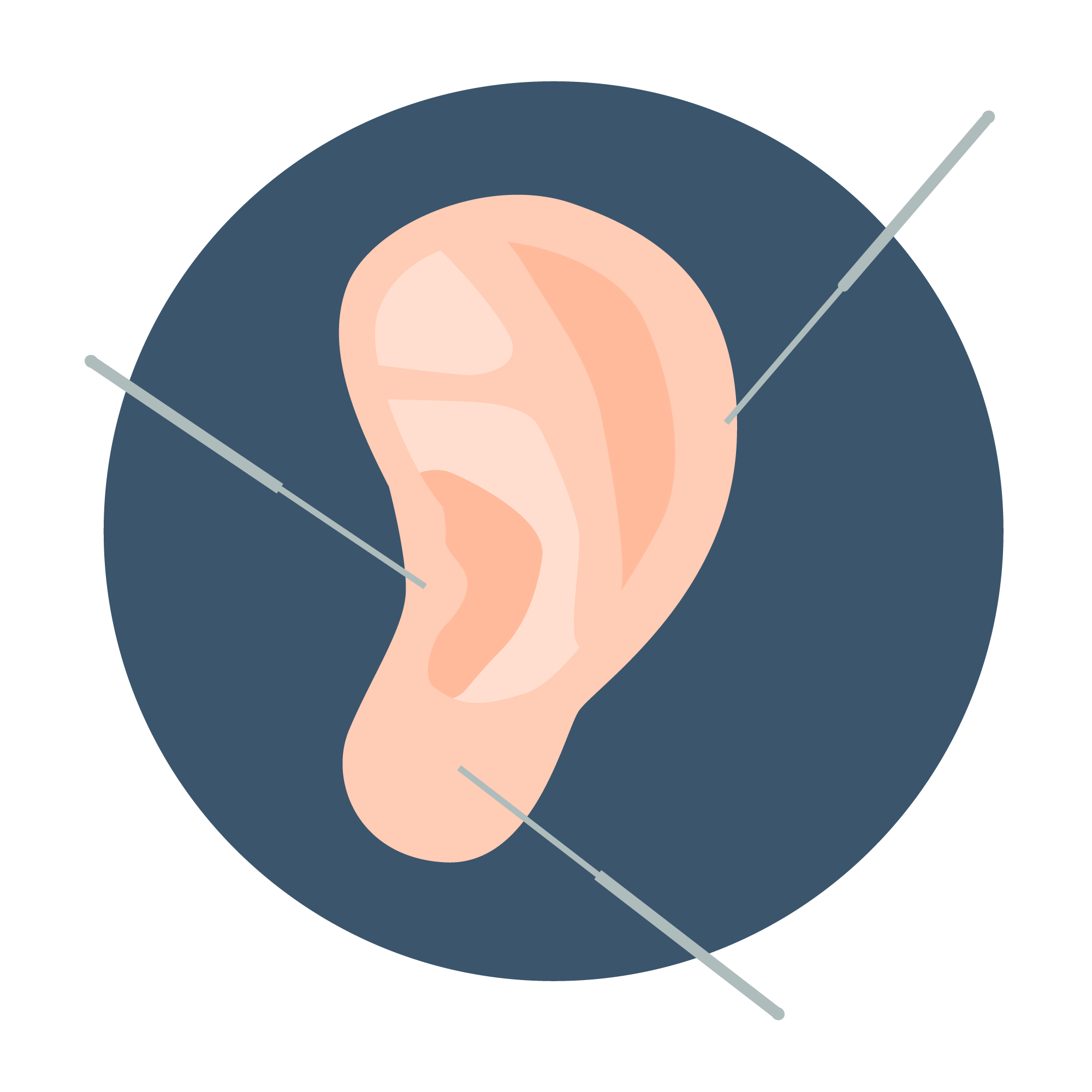 People on a decent income

Surely anyone who could benefit from acupuncture would be willing to give it a go, right? Well, not necessarily. As great as the benefits may be, some people may consider the price of the treatment prohibitive. Acupuncture in London can cost between £50-£90 initially, with follow-up appointments charged at £40-£70, while it may be roughly £10 cheaper elsewhere in the UK. Not everyone can afford this, and it’s important you bear this in mind when visualising your target customer.

Keeping your audience’s likely economic status in mind can help you tailor important business decisions accordingly. For example, opening your acupuncture clinic in a well-to-do area will give you access to locals who will be more likely to have money to spend, and you should choose any marketing channels according to which platforms they would be more likely to engage with.

If you want your acupuncture services to be as widely available as possible, you could consider offering concessions to try and attract people on lower incomes, but only if it’s in your budget. Cutting prices when you don’t have the cash to subsidise the corresponding loss of revenue could cause real financial problems, especially early on in a new business. Can’t afford it? Don’t worry. Instead, focus on making sure that your services are worth the price you’re charging, and once your acupuncture practice takes off, then you can look into special offers when you have the funds to do so.

This website is intended for customers based in the UK and is therefore subject to the UK regulatory regime(s) © Copyright 2022 Salon Gold | Salon Gold, Holistic Gold, Counselling Gold, Fitness Gold and Henry Seymour & Co. are trading names of Barkdene Limited which is authorised and regulated by the Financial Conduct Authority (FRN 303965) for our insurance distribution and credit broking activities. Barkdene Limited is a credit broker not a lender. You can check this on the Financial Services register. Registered in England No 1842617. Registered Office – Chancery House, St Nicholas Way, Sutton, Surrey, SM1 1JB. All rights reserved.
You need to be logged in to Your Account to make a payment. Redirecting you to Account Login.
Get a Quote