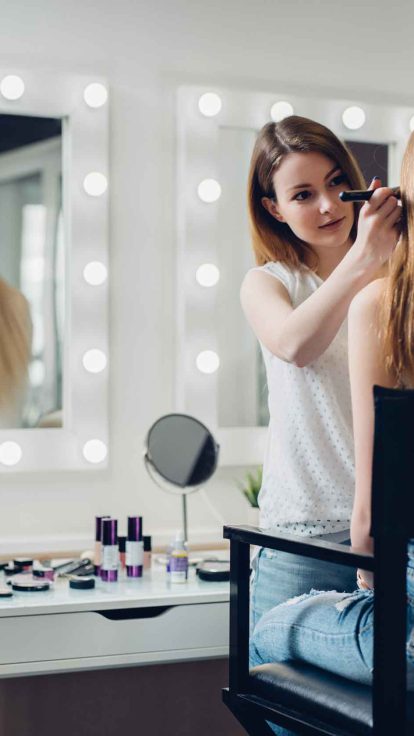 What is the cost of Make-Up Artist’s Insurance?

The likelihood of a claim

There are a number of factors that affect how likely it is that you will have to make a claim.

The first is your training and experience. If you’re fully qualified and have many years of experience, the insurance company will view you as being safer than someone who has only just started out in the profession and hasn’t had any training.

If you’ve made a number of claims in the past that will also make the insurer think that you are likely to make another claim in the future unless you can demonstrate that you have done something to prevent a re-occurrence, such as having fitted a burglar alarm following a theft.

And obviously the more cover you buy, the more likely it is that you’ll make a claim because there are more things you can claim for. As an example, if you just buy public liability insurance cover you’re not going to be able claim for loss of earnings while you’re ill or have been injured as you’d have been able to if you’d also bought personal accident and sickness insurance.

The potential cost of claims

The potential cost of any claims also affects your insurance premium because obviously if there’s the potential for the insurance company to have to pay out a higher sum in the event of a claim, the premium will have to be higher.

Clearly, if the sums insured and other policy limits are higher, the premium will be higher because that increases the chance of a larger claim. However, you shouldn’t underinsure to keep the costs down because if you do that, you could be penalised in the event of a claim.

But the nature of your work can also have an effect on the sort of claims that can arise. If you’re doing make-up for film stars and other A-list celebrities, if anything goes wrong the chance of a compensation claim being large is much higher than if you’re just doing the make-up for normal people.

That was so quick and easy! Thank you.

Very easy to deal with and understand

Very easy website to manoeuvre. Happy with experience over the past few years. Happy to be insured by Salon Gold

This website is intended for customers based in the UK and is therefore subject to the UK regulatory regime(s) © Copyright 2021 Salon Gold | Salon Gold, Holistic Gold, Counselling Gold, Fitness Gold and Henry Seymour & Co. are trading names of Barkdene Limited which is authorised and regulated by the Financial Conduct Authority (FRN 303965) for our insurance distribution and credit broking activities. Barkdene Limited is a credit broker not a lender. You can check this on the Financial Services register https://register.fca.org.uk/. Registered in England No 1842617. Registered Office – Chancery House, St Nicholas Way, Sutton, Surrey, SM1 1JB. All rights reserved.
Get a Quote