High Street Hero: What Philip Green’s battle with his landlords could spell for high street tenants

It could never be said I am a fan of controversial businessman Phillip Green – the allegations against him are too many; his alleged bully-boy tactics, purported ‘Me-too’ misogynistic  treatment of women, the sabotaging of his employees pension fund… where do the unsavoury allegations end?

But today he’s quite simply my hero.

As sad as it is that in the reorganisation of his Arcadia group over 1000 employees might lose their jobs due to the closure of 50 stores, it could have been far, far worse. Because in standing up to the greedy landlords, he’s managed to reduce the crippling rents and business rates that mean he has to take millions before he even starts to make money in today’s very different trading environment. He admits he took his eye off the ball and failed to understand the new consumerism – the trend for on-line is one he could have capitalised on but like many advances, he was so busy worrying about other aspects of his business that he didn’t maximise the opportunity to embrace the new customer. He quite simply admits he’s got to completely re-strategise and re-focus if he is to survive in this brave new retail world. 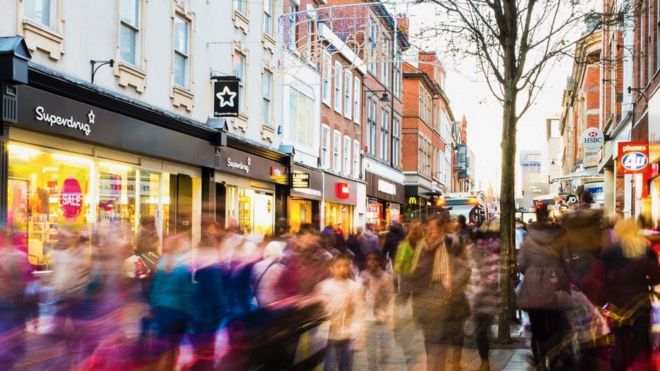 I can relate to the overheads only too well. In our salon, we have a staggering £1/3m to meet before we even open our door in rent, business rates and service charges. The landlords have destroyed the individuality that was once the signature of the Kings Road. Gone are the quirky shops (Vivienne Westwood’s Sex at World’s End, R-Soles the cowboy boot shop … ) instead the landlords chased the money, priced the independents out of the market and the result? A shopping street no different to anything you’d find in any city. No longer a destination, just a faceless, character-less environment.

Landlords want the security of the big boys – the corporates, the ones who can afford to have a loss leader site because they are so huge. And in doing so they’ve ruined the very consumer appeal that attracted those big boys to the locations in the first place. Yes, Arcadia is one of those faceless brands, one of the biggest of the big boys.. but they’ve sent a very powerful message out.

What would you prefer, Mr Landlord? Empty unit? Or reduced rent? And if you choose empty unit, they’re ain’t nobody to fill it. So, it’s Hobsons choice.

This website is intended for customers based in the UK and is therefore subject to the UK regulatory regime(s) © Copyright 2022 Salon Gold | Salon Gold, Holistic Gold, Counselling Gold, Fitness Gold and Henry Seymour & Co. are trading names of Barkdene Limited which is authorised and regulated by the Financial Conduct Authority (FRN 303965) for our insurance distribution and credit broking activities. Barkdene Limited is a credit broker not a lender. You can check this on the Financial Services register https://register.fca.org.uk/. Registered in England No 1842617. Registered Office – Chancery House, St Nicholas Way, Sutton, Surrey, SM1 1JB. All rights reserved.
You need to be logged in to Your Account to make a payment. Redirecting you to Account Login.
Get a Quote